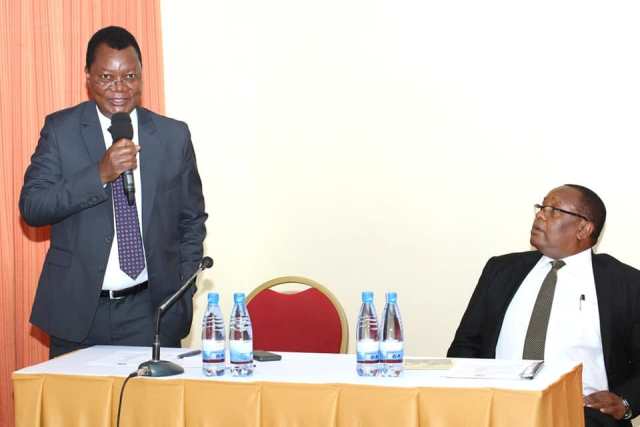 Deputy Governor H.E. Prof. Philip Museve Kutima has urged all government ministries to ensure funds received from the national treasury are effectively utilized immediately they reflect in the county government accounts to guarantee subsequent disbursements from the exchequer.
“The national treasury has shown unwillingness to release more money to us before we use what they have sent us, hence my appeal that you absorb these monies into projects and recurrent use immediately they reflect in our accounts,” he said.

The deputy governor was speaking during the 13th county weekly revenue meeting attended by senior government officers at the Golf Hotel, Kakamega. Prof. Kutima Kutima also called on revenue officers to reign in on individuals who default payment of tax from the advertisement stream, terming it an essential source of revenue.

The deputy governor used the platform to announce that Kakamega is among the eight counties selected by US Trade and Investment Forum as a “Prosper County” for focus on investment and trade opportunities. This is the latest accolade for the county that has established itself as a model devolved unit and a popular destination for benchmarking missions by peers. “As you serve our people, do it proudly knowing that Kakamega county is now very much respected countrywide even by renown donor agencies due to the devolution milestones so far achieved,” said Prof. Kutima.