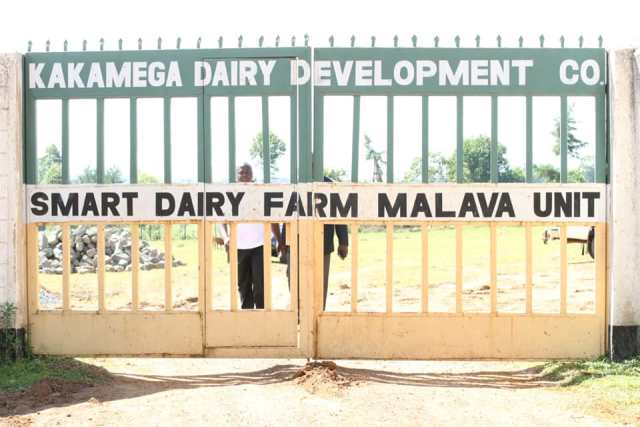 The team was taken through the architectural layout by project architect Wycliffe Onsogo, comprising of the main factory, the manager’s unit, three (oxidation) ponds for purification purposes and a parking space, among others.

The deputy governor said a proper Environmental Impact Assessment report is at the completion stage to asses any impact the project might have on the community but exuded confidence that the take off will be smooth for the benefit of the community at large.

“We will also have the roads leading to this factory expanded and well managed to improve the transport system to the plant,” he said.

CECM for Trade, Tourism and Industrialization Mr. Kassim Were called on the contractor to ensure the factory is completed within the agreed time of 48-78 weeks. The official launch was presided over by H.E. FCPA Governor Wycliffe Ambetsa Oparanya on 17th October 2019.

Other technical teams present were from the department of Public Works led by the Chief Officer Mr. Patrick Likavo, Livestock department led by Dr. Kelly Nelima, the Head of Industrialization Mr. George Mbagaya as well as a team from the project contractor.