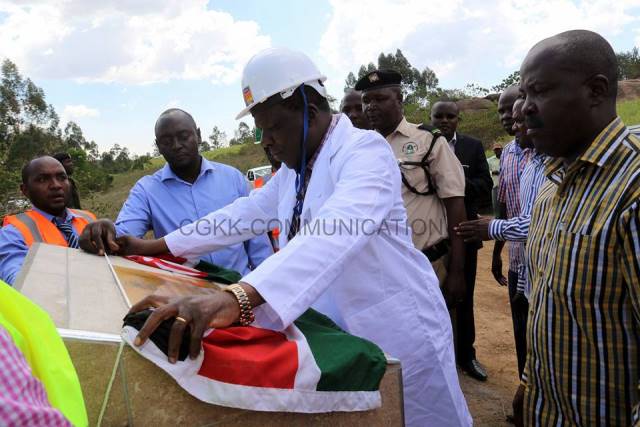 Governor Oparanya extended his development platform & met the people of Lugari, Chekalani & Lwandeti wards in Lugari Sub-County where he commissioned the Mufutu ECD classrooms and inspected the Silungai bridge before launching the construction of Kipkaren modern market.

“My government remains committed to service delivery for the improvement of our people’s living standards & the general growth of our county,” scored the Governor while addressing hundreds of residents at Kipkaren Market. Oparanya promised to make provision of clean and safe water to all residents with most priority to the Northern region which he said is among his topmost agendas for Kakamega County in this and years to come.

Governor Oparanya reminded Kakamega residents to embrace unity now and even after this year’s general elections and called on residents from the neighboring County of Uasin-Gishu to reciprocate with a brotherly love for quick development of Kipkaren market which borders the two counties and for the general prospetity of the region.

Other activities conducted by the Governor included issuance of riding licences to over 100 trained bodaboda youths whom he warned against failing to observe simple traffic rules. Oparanya asked bodaboda riders to form saccos through which the government can support them financially.