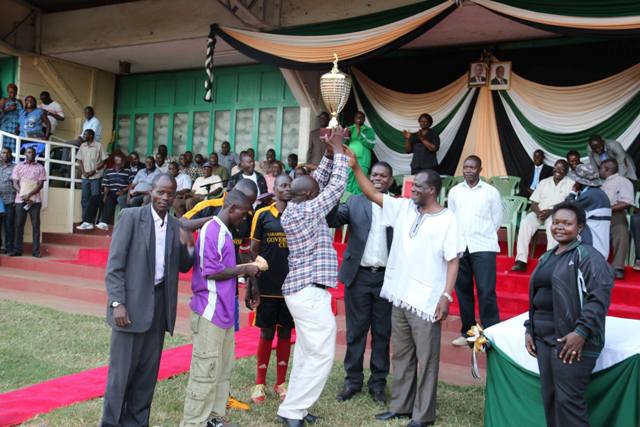 The first finals of Kakamega County Governor’s Cup were played today at Mumias Sports Complex Stadium in Mumias West Sub-County. The tournament which brought together 2,400 teams with over 36,000 participants from all the 60 wards in football, volleyball and netball disciplines of both men and women thrilled thousands of spectators led by Kakamega County Governor H.E Hon. Wycliffe Ambetsa Oparanya and millions of listeners who were glued on Radio Mulembe fM.

The Governor promised to make 2016 a much bigger Governor’s Cup Tournament. He encouraged youths to continue naturing and make positive use of their diverse talents even after this tournament. The Governor urged potential team coaches from the premier league who were present to pick some of the best players into their teams. He added that now Kakamega County will have the strongest team among all the 47 counties, which he said will manifest in the inter-county games come 2016.

Governor Oparanya used the same venue to wish all the residents of Kakamega County and Kenyans a peaceful prosperous new year 2016.

Here is how the teams performed today to lif trophies, certificates and cash prizes presented to them by H.E the Governor;