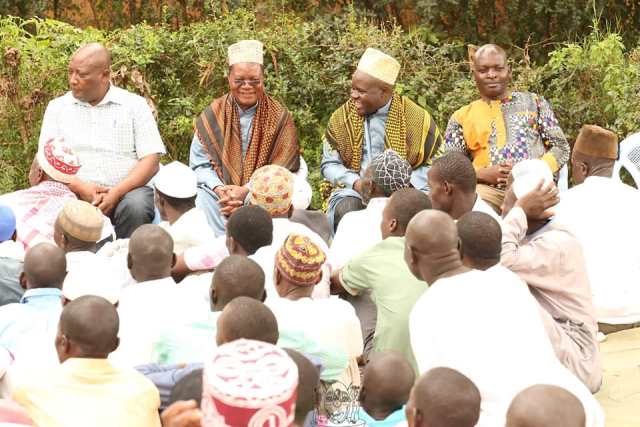 The sudden rise of crime rate and progressive decline in academic performance in national examinations in most parts of the larger Mumias area is linked to the collapse of Kenya’s giant miller, Mumias Sugar Company.

The Deputy Governor, who did not mince his words, assured sugarcane farmers of the county government’s total support in protecting individual, communal, as well as public property by all means, calling on residents to support Governor Wycliffe Ambetsa Oparanya’s plans and actions geared towards the revival of the giant miller in East and Central Africa.

Kutima cautioned locals on the alarming rate of crime, immorality, school dropouts and early marriages in the area and urged parents to ensure their children acquired the right education.

He further asked community and religious leaders together with non-governmental organisations to work closely with both National and County governments in instilling discipline and respect for law and order among the youth so as to realize Kakamega County’s development agenda. He also said that residents will continue receiving skills from institutions like the County Polytechnics, government sponsored workshops and straining programmes on agribusiness, which he noted contributes to the growth of the economy of Kakamega county and the nation.

The CEC Member for Trade, Industrialization and Tourism Mr. Kassim Were, who is also the Chairman of the newly formed Mumias Sugar Taskforce, encouraged residents to revive the county’s sugar industry by implanting sugarcane and reaffirmed the county government’s support to all farmers whose details will be captured soon by Community Area Administrators during public participation forums across Mumias and its environs.

Professor Kutima who also shared foodstuffs and other gifts to the faithfuls at Mumias, Mwitoti and Shianda mosques, passed Governor Oparanya’s Eid Mubarak wishes to all the Muslims.