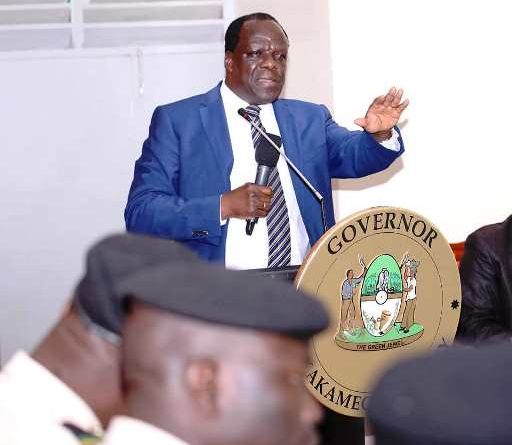 He said the delaying tactics employed by the National Treasury were illegal as no due process has been followed.

“The continuous delay in disbursement of funds has affected service delivery to wananchi and occasioned non-payment of salaries to thousands of employees,” he said.

The governor who was addressing a press conference today at the County headquarters added that delay in releasing the funds undermines the principles of devolved governments.

The County boss who was flanked by his deputy, H.E. Prof. Philip Museve Kutima revealed that the Treasury’s conduct had led the CoG to file a petition in the High Court to compel them to immediately release the funds in compliance with the Constitution and the Public Finance Management Act.

The governor disagreed with the Treasury’s claim that its decision was based on failure by counties to clear pending bills.

“CoG and the National Treasury agreed on this and an audit was done on pending bills. The bills which were eligible were paid; those that were unclear were not. This is a continuous deliberate process that Treasury should come up with proper structures to manage as governments continue functioning,” he said.
Also present were CECMs, Chief Officers, County Secretary and Head of Public Service, Madam Jacinta Aluoch Odhiambo, deputy CS Mr. Joshua Kutekha, Chief of Staff Mr. Robert Sumbi, Advisors, MCAs and Sub County administrators.