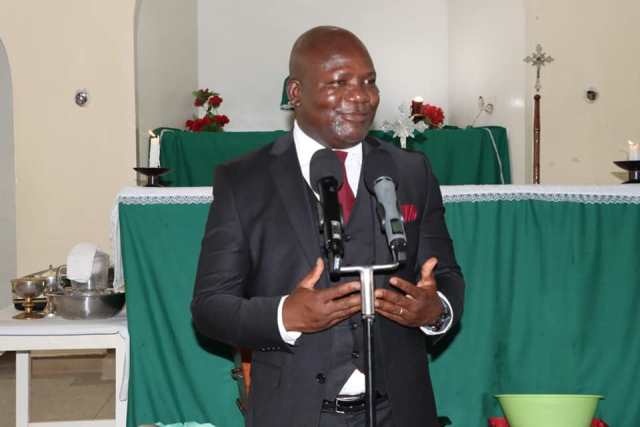 The Governor of Kakamega County H.E FCPA Fernandes Barasa has asked residents not to panic as there is no confirmed Ebola case in the County.

The Governor was speaking after attending a Sunday thanksgiving mass service at St. Kizito Catholic Church Lusumu in Navakholo Sub-County where he announced that recent reports in a section of the media indicating that a resident had contracted the deadly virus were untrue.

“I have received a report from the Kenya Medical Research Institute (KEMRI) confirming that samples taken from the reported suspect have come out Negative of the virus; However this does not imply that we now relax on our health security,” the Governor advised and implored residents to scale down movement outside the County into the neighbouring country of Uganda where the Ministry of Health and other stakeholders are fighting the purge, unless it is quite necessary.

Governor Barasa further added that the County Government has put in place necessary measures to combat the virus should it manifest including setting aside isolation centres and capacity building for health workers.

The County boss used the platform to thank the electorates for voting for him and promised that his Government once constituted will portray a true reflection of the people of Kakamega County with equitable distribution of resources across all the 60 wards remaining top on his development agenda.

Governor Barasa is expected to officially open the Third County Assembly on Tuesday, next week.