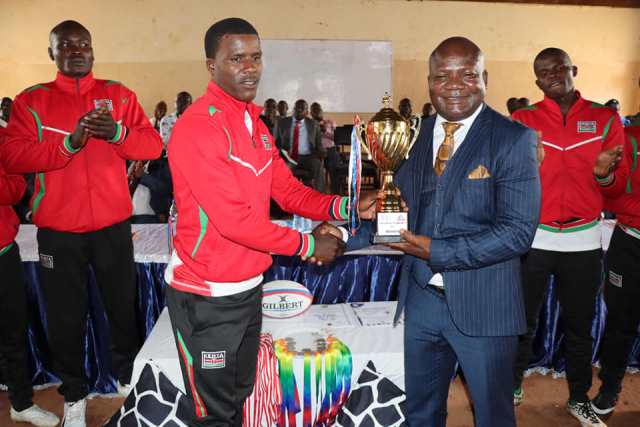 The team also presented the runner’s up trophy won at the just concluded East and Central Africa extravaganza in Arusha Tanzania to H.E the Governor, where they finished second behind Uganda’s Hanna International School.

The County boss congratulated the squad, nicknamed “Koyonzo Stormers” for the stellar performance both at the National and Regional level and announced that the County Government will set up recreational facilities in all Centers of Excellence across the county to hone the skills of youths. The County is also set to roll out the inaugural Governor’s cup in both rugby and soccer disciplines which will further enhance talent acquisition and development at the grassroot level.

In addition to that, the County Government will support needy students in learning institutions through bursaries and scholarships. Governor Barasa’s administration has allocated Ksh 25 Million for the latter and Ksh 20 Million for students pursuing higher education under the Higher Education Loans Board (HELB) kitty this Financial Year.