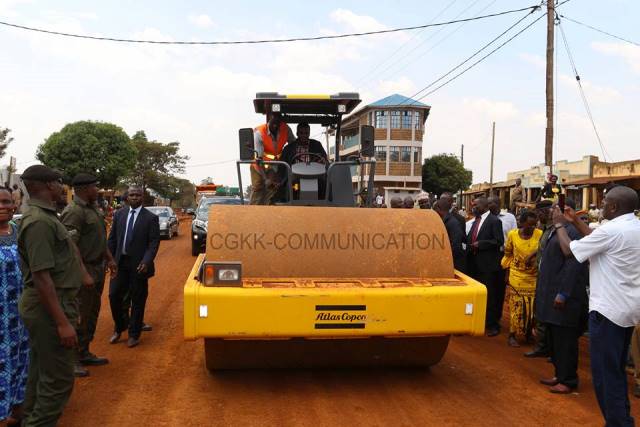 Kakamega Governor H.E Hon. Wycliffe Ambetsa Oparanya is fulfiling his promise of having tarmacked roads into the interior of the twelve Sub-Counties. Oparanya on Friday launched the tarmacking of Waliboyi Junction – Khwisero Banana – Khwisero Girls – Andere Road, the first of its kind in Khwisero Sub-County since Kenya’s independence. The road is one among the twelve interior ones which the Governor has embarked on after launching the 200km Interior Roads Program in July on Khayega-Shinyalu road, which is currently at 60% completion stage.

Residents of Khwisero Sub-County applauded Governor Oparanya’s leadership saying their lives have greatly improved with the coming of devolution.

The Governor was accompanied by Hon. MCA’s, CEC Members, among other officials.