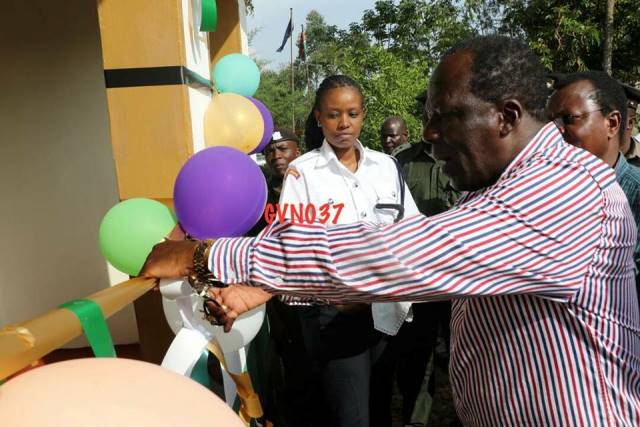 At Butere, Governor Oparanya commissioned the highmast flood light and the new Butere Modern market. Residents and business people at the busy market can now conduct business till late hours. He revealed, after inspecting Butere District Hospital, that the Council of Governors’-where he is the Finance Committe Chairman- was in the process of finding a long lasting solution to the recent nurses strike witnessed in the entire country. The Governor then proceeded to Sabatia where he commisioned the highmast flood light and launched the construction of Sabatia Bus Park. He later on visited Elufumbo Girls Secondary School where he commissioned the centre of excellence built by the County Government as a flagship program to improve the levels of education in the County. Similar structures have been constructed in all the sub counties across the County. Governor Oparanya wound his tour by commissioning highmast flood light at Bukura market.

He called on residents to reject leaders who divide voters along tribal lines or preach hatred adding that this should be a period where leaders call for peace by exercising mature politics during their campaigns. Tomorrow, (15th May 2017) the Governor will be in Ikolomani and Khwisero sub counties as he continues to initiate more life sustaining programs in the County.