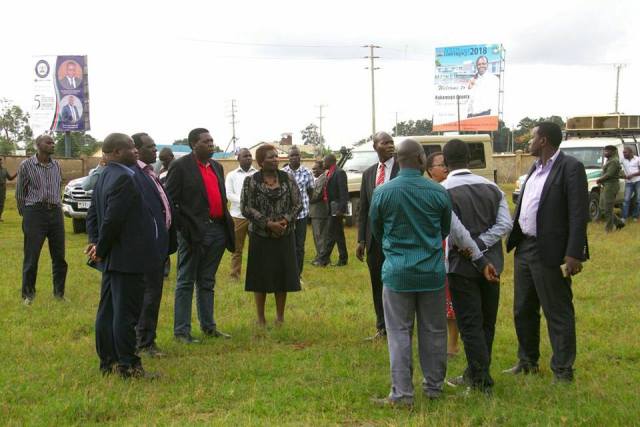 Governor Wycliffe Ambetsa Oparanya and Devolution CS Hon. Eugene Wamalwa have this evening inspected ongoing works as the county prepares to host the 5th Annual Devolution Conference at Kakamega School. The two who were accompanied by Deputy Governor Prof. Philip Kutima and Public Service and Administration CECM Dr. Beatrice Sabana expressed optimism that the county will successfully host the high profile event that is expected to bring together all the 47 county governors’ the national government, both houses of parliament and development partners among other stakeholders.

EARLIER on, H.E the Governor joined hundreds of Christians for a prayer service at Irenji Parish Isukha West ward, Shinyalu sub county. He said delivery of services as spelt out in his manifesto was on track.

The Governor announced that he has reached out to all 14 legislators of Kakamega county with a request that they work together to bring development down to the residents. CS Hon. Eugene Wamalwa congratulated the governor for initiating life transforming projects in Kakamega and assured him of maximum support.

Other leaders who were present include Senator Cleophas Malala, County MP Hon. Elsie Muhanda, and area MP Hon. Kizito Mugali among others.