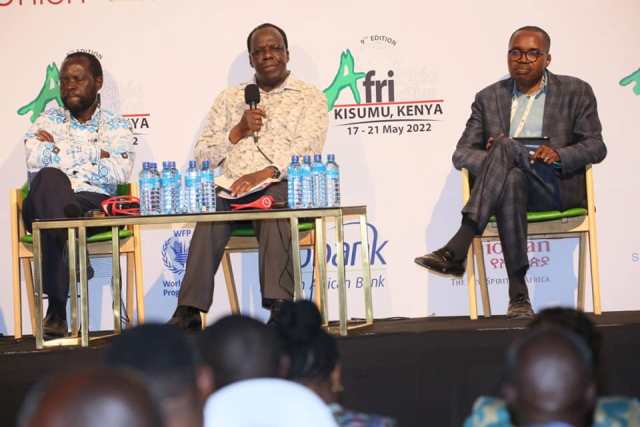 Kakamega County Governor H.E Dr. FCPA Wycliffe Ambetsa Oparanya has implored African Governments’ to create avenues for citizens to engage them on key issues of concern to their well being.

Governor Oparanya was speaking during the third day of the Africities Summit at Mamboleo Sports ground, Kisumu County, when he chaired a session on the “Devolution Journey – Comparative Experience Across the African Continent,” where he said involvement of citizens in the day to day running of Government encourages ownership of programmes and enhances checks and balances.

Additionally, Dr. Oparanya advised devolved units across Africa to invest in a competent human resource terming it as a key ingredient in the success of any institution.

“If we are to succeed as a continent, proper governance structures must be established,” he advised and regretted that lack of political goodwill is a major hinderance to decentralization in Africa.

Kisumu Governor H.E Prof. Anyang’ Ny’ong’o and his Nandi counterpart H.E Stephen Sang’ were among the other panellists.

Governor Sang noted that Central Governments in Africa are still holding onto funds meant for devolved units, despite embracing decentralisation, a factor he said is painting the units as non-functional.

He advised devolved units to establish regional blocs and leverage on the their shared economic interests.

More than 100 countries from Africa and beyond are participating in the Summit.