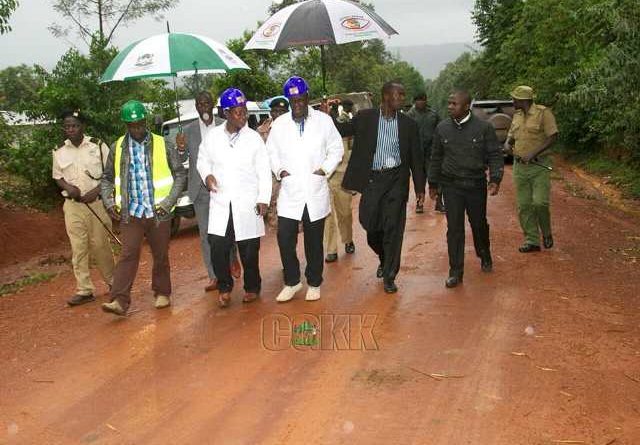 The Governor who was speaking at Manda market, Malava Sub County during a roads inspection tour of the area, reiterated his resolve to vie for presidency in the 2022 polls. He said time is rife for Kakamega County and the Western region as a whole to be represented by leaders with a proven development track record with the interests of mwananchi at heart.

Governor Oparanya said he was ready to work with other like minded leaders from the entire Western region but cautioned them against exercising divisive politics and suppressing the voices of other leaders. H.E the Governor reminded them of his unwavering support for the Rt. Hon Raila Odinga and exuded confidence that he can rise up to the task of articulating Nyanza and Western region issues on the national platform when that time comes.

The Governor reiterated to the electorate that he was focused on implementing projects as spelt out in his manifesto adding that his aim was to leave Kakamega a better place than he found it after taking over office as the Governor in 2013. Some of the roads inspected include Lumani – Chegulo – Malekha, Kakoyi -Inguvuli – Ichina and Malekha – Namanja – Butali road among others.