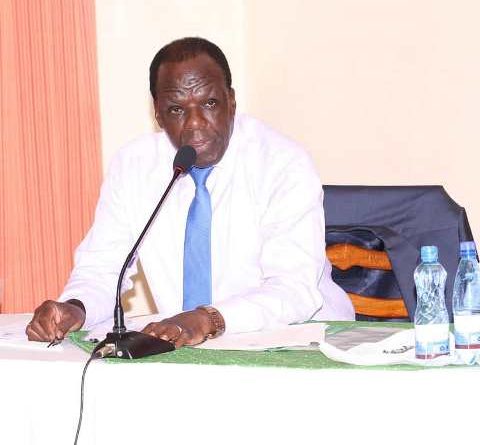 The governor was speaking during the regular weekly County revenue meeting at Golf hotel, Kakamega where he also directed the Ministry of Lands, Urban areas and Physical planning to gazette with immediate effect Bukhungu stadium parking area as an official parking space for vehicles as a measure of decongesting the town.

“So many vehicles are being parked along the main streets in Kakamega town while we have enough parking space at the stadium that can accommodate more than 500 vehicles,’’ he said.

On cleanliness in the county, the county boss gave a stern warning to Sub County Administrators who fall short of expectations in their supervisory role with regard to standards of cleanliness along the main roads and markets in their areas of jurisdiction. He further warned them to brace for tough times ahead.

“We cannot employ 3000 young people and women under the County Youths and Women Empowerment programme and task them with among other roles keeping the environment clean, only for our eyes to meet huge heaps of litter everywhere in rural areas,” the governor said.

The town management office on the other hand has to ensure the Urban areas are well maintained. He called on the Ministry of Transport and Public Works to allocate garbage collection trucks to the sub counties adding that the residents expect better services in return for the revenue collected from them by the government.

Some of the issues raised during the meeting by various members such as transport challenges, invoicing by the relevant offices and the reporting structures by the revenue collection officers at the grass root levels to the revenue agency, were also addressed conclusively.

“Sybil as a partner also has to be pro-active by physically visiting the various stations across the County to collect and analyse data as well as monitor performance of the system instead of waiting for the data at their desk,’’ the governor said in reference to the cashless system service provider, Sybil.