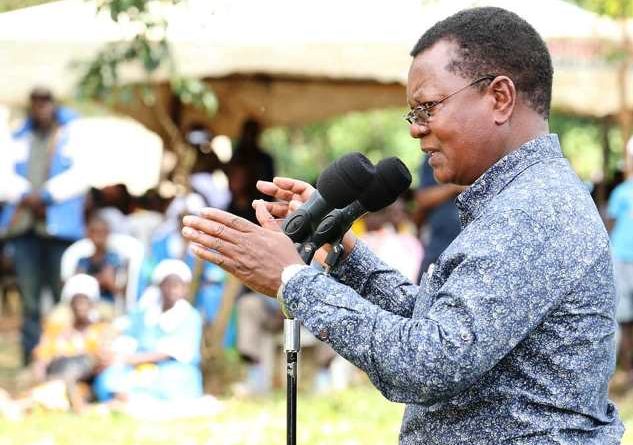 “All roads which are in a bad shape across the county will be upgraded once the heavy rains currently hitting the entire country have subsided,” Kakamega deputy governor H.E. Prof. Philip Museve Kutima has said. Roads especially in Likuyani & Lugari are in a bad condition currently moreso due to the soil texture in the region.

The deputy governor made the remarks at Shiome village, West Kabras ward, Malava sub county during a thanksgiving ceremony of retiring senior chief Zachariah Mwalati. He said the county government has set aside funds to improve the road network once the short heavy rains end. Prof. Kutima also announced that the vaccination of animals against foot and mouth disease in the northern region of the county has been very successful so far. “The stock rings will however remain closed until animals in Uasin Gishu and Nandi counties are vaccinated as well to prevent another outbreak of the dreaded disease,” he directed.

He urged upcoming administrators to embrace the qualities of the out going chief by working very closely with other government officers and the community at large.