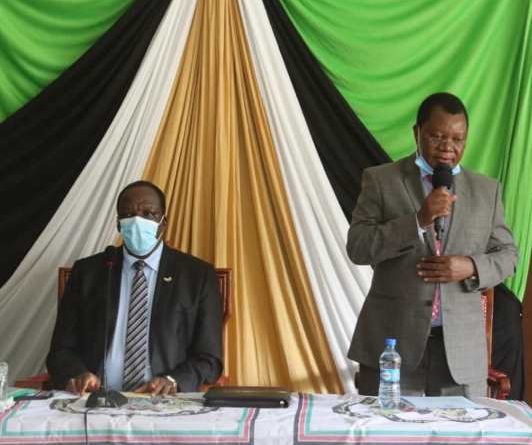 Kakamega county deputy governor Prof. Philip Museve Kutima has called on county government staff to discharge their assigned roles to the best of their ability during their time in office.

“As officers working in this government, we should be cognizant of the fact that the powers we are exercising in our respective offices are delegated by H.E. the governor who was elected by the people of Kakamega county to take care of their needs,” Prof. Kutima said.

The deputy governor noted that during the recent Senate appearance by Kakamega county executives, governor Oparanya took full responsibility for various issues raised by the members of the Senate Public Accounts Committee. “None of us here stepped on that hot seat to answer to any query raised by the Senators apart from the governor yet the issues in question were mistakes arising from individual officers in the ministries,” he added.

Prof. Kutima said both the legislative and executive arms of government must play their part in ensuring the promise(s) made by the governor to the people of Kakamega are achieved.

He congratulated the newly sworn in officers and assured them of support as they work towards safeguarding the governor’s legacy.