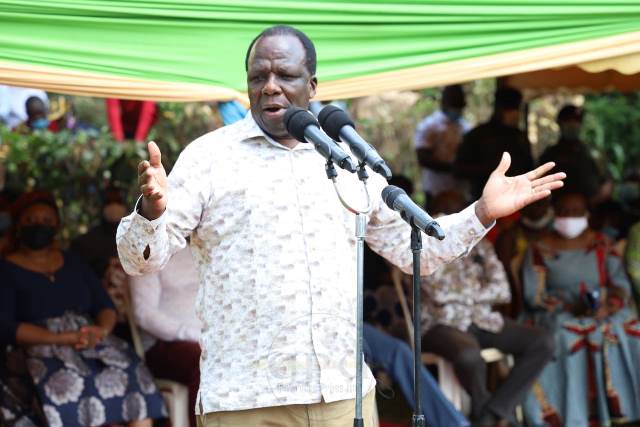 The collapse of Mumias Sugar Company has contributed heavily to the economic challenges and social malpractices witnessed in Kakamega County and the entire Western region.

The Governor who was accompanied by his wife Mama Caro Ambetsa Oparanya, while attending the funeral service of Mama Jael Omutichia Ingari, mother to his longtime friends Eng. Willis Ingari and Givan Ingari, did not mince his word when he cautioned Kakamega Senator Cleophas Malala against spreading unfounded propaganda and maliciously attacking the Office of the Governor, Kakamega County, for his selfish and unethical interests in the sugar sector.

“As Kakamega Governor, the Co-Chair of the National Sugar Taskforce and Chairman Lake Region Economic Bloc, I will not allow crafty and unjust individuals like him and others to derail the revival of Mumias Sugar Company just because someone else keeps dangling carrots in their face for their political survival at the expense of farmers, workers, the people of Kakamega and the larger Western region; Be assured that Mumias Sugar Company will be up and running again during my reign as Governor,” said Dr. Oparanya.