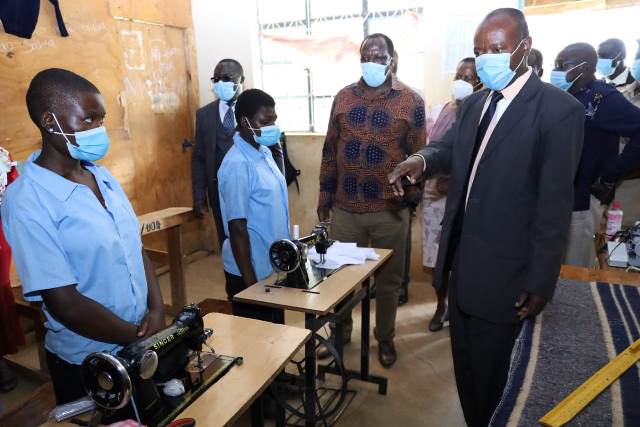 Dr Oparanya said this was some of the measures his Government was putting in place to ensure the polytechnics generate money to be economically stable.

“I have directed ministries not to outsource for desks for ECDE learners and uniforms for our officers but give the tenders to selected polytechnics with capacity to manufacture them,” said Dr Oparanya.

He was speaking at Nzoia polytechnic in Likuyani Sub County.

Nzioa is one of the polytechnics selected to make desks for the learners at a cost of Sh5 million.

“I am impressed by the work done by the institution and urge others who will undertake the project to emulate them,” he said.

He noted that the County had employed ECDE teachers adding that they were in the process of preparing their scheme of service.

The Governor challenged polytechnics to embrace technology for their growth.

He caused laughter when he said he was shocked that learners were using vehicles made in 1960s for their practicals noting that such machines were outdated.

Dr Oparanya noted that the County will soon establish Land Tribunals locally to handle lands disputes to minimise the backlog of court cases.

He explained that the tribunals will comprise of both County and National Government officers.

He asked local people to make use of the tribunal once they will be constituted adding that the law allowed for their set up.

He noted that people who will take their cases to court without passing through the tribunals will be referred back to the bodies.