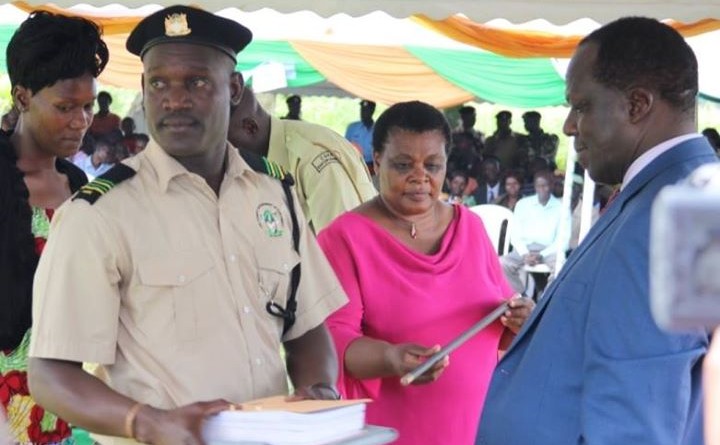 Matungu and Mumias West Sub counties today witnessed the installation of Sub County and Ward Administrators with pomp and color. The ceremonies that took place at the Matungu Sub County offices and Mwiboma Grounds respectively, saw Kakamega County Governor H.E Wycliffe Ambetsa Oparanya congratulate the administrators and called on residents to seek governance services from the leaders. He said the administrators are well versed with the county government’s policies and structures as laid down in the constitution, having undergone trainings in leadership and governance. The Governor handed all the Administrators copies of the Kenyan Constitution as well as the County Government Act and called on them to serve the public in accordance with the laws enshrined in the two documents.

Governor Oparanya also directed the administrators to work closely with the National Government officers such as the assistant chiefs, chiefs up to the county commissioners so as to realize national cohesion and development in the county. He however challenged members of the public to attend public barazas organized by both governments for them to interact with officials from the relevant authorities to get relevant information on improving structures, programs and projects that the governments have for the public.

Transfers of the Sub-County Administrators and Ward Administrators will be effected once the installation exercise is complete. Governor Oparanya said this will leave the administrators with very little politics, but management and total service to the people.