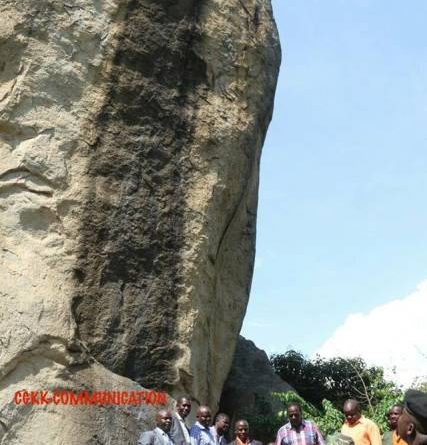 Residents and business people who have been conducting business at Khayega along the busy Kakamega-Kisumu highway now have a reason to smile after Governor Wycliffe Ambetsa Oparanya officially commissioned the new Khayega modern market.

Governor Oparanya called on the businessmen to swiftly embrace the new structure as it was meant to rid the busy highway of road accidents due to overcrowding along the road and encourage lengthy business hours late into the night. The Governor as well launched the County Management plan that will ensure conservation of the Crying Stone (Ikhonga Murwi) of Ilesi and other tourist sites in the county. The stone has of late faced threat due to human activities. He observed that the it will remain a major tourist attraction in the County and his government has put in place measures to ensure it retains earlier status as a tourist attraction.

The Governor also commissioned Mukhonje Secondary School- centre of excellence classrooms- and called on students to use their time while in the institution wisely. He urged parents to empower their sons and daughters by ensuring a conducive learning environment is provided for the younger generation.

He was accompanied by CEC members, Members of the County Public Service Board and MCAs’ among others.