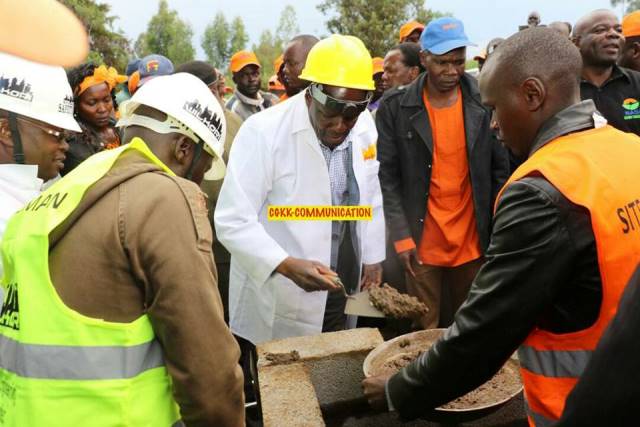 Speaking after opening Lugari ward office at Lugari grounds, Governor Oparanya called on residents to fully exercise their right of expression while seeking services provided by the various offices and departments within his government. The Governor as well commissioned Silungai bridge and Manyonyi Girls Secondary School centre of excellence where he assured residents of his government’s commitment to provide a conducive environment for pupils and students despite the education sector not being fully devolved. He cautioned youths against being used by politicians to wreck havoc during the campaigns period.

He was accompanied by CEC members, Lugari MP ODM candidate Nabii Nabwera, MCAs’ among other leaders.