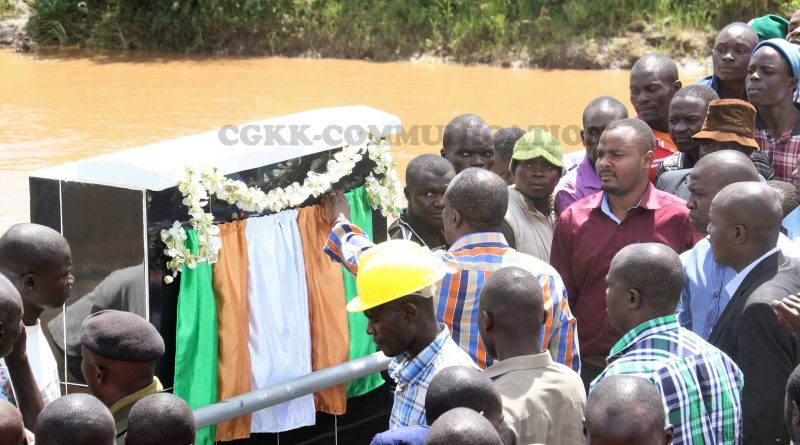 Area residents welcomed the project saying the 85 meters long, 10 meters wide bridge would accelerate growth of businesses across the sub counties and the two neighboring counties of Kakamega and Bungoma. Before the construction, residents lives were at risk as they used to cross over using canoes.

The commissioning of Shianda market will now see traders who have been conducting business along the main road, oblivious of the risks involved, move into the modern market. The Governor also commissioned a high mast lighting at the market to encourage lengthy operating hours for the businesses.

Today (5/12/2017), Governor Oparanya assented to three bills; The Kakamega County Urban Areas Management Bill 2017, The Kakamega County General Teaching and Referral Hospital Bill 2016 and The Kakamega County Public Service Board Bill, 2017. Governor Oparanya said so far 21 Bills are operational while 16 more are at the County Assembly stage. The Governor mentioned that the bills will now pave way for growth, autonomy and development in the respective sectors. The Urban Areas Management Bill 2017 for instance states-in line with Vision 2030- that urbanization is key to a county’s’ development thus urban planning is key to acceleration of the same.

Present as well were CEC members, County Public Service Board members, Members of the County Assembly, government staff and members of the public.