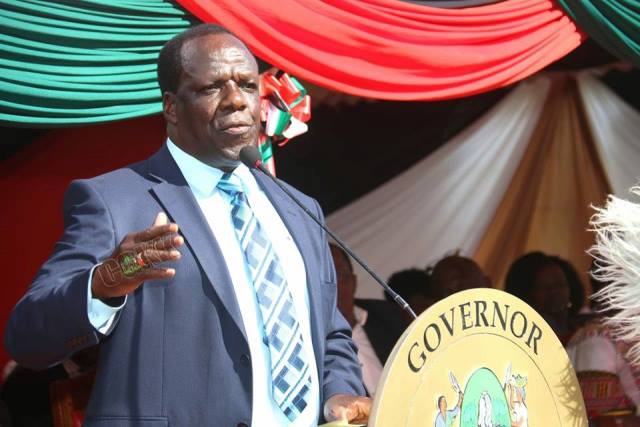 The celebration themed Culture & Dialogue for Development is focused on embracing cohesion and peace among communities to achieve development. County Governor H.E. Wycliffe Ambetsa Oparanya who was the chief guest thanked the national government for choosing Kakamega as the event’s host saying it will go a long way in promoting peace and togetherness amongst residents of Kakamega who share diverse ethnic, cultural and language backgrounds. The Governor noted that the event presents them with a platform to engage with one another and with other counties to achieve peace and cohesion for prosperity. He however cautioned against engaging in outdated practices adding that only progressive cultural practices should be embraced. Governor Oparanya announced that Kakamega county will in November this year hold a cultural week to showcase,honour and celebrate its diverse cultural practices. He said his government has set aside 70 million shillings to safeguard and promote cultural activities in the county.

Principal Secretary (PS) in the State Department of Culture noted the importance of culture in promoting peace and sustainable development in the country. She reiterated the governor’s calls of safeguarding various cultural practices such as Isukuti Cultural dancers which was recently inscribed in the United Nations Educational, Scientific and Cultural Organisation (UNESCO) cultural hetitage.

CECM Social Services, Culture, Youths and Sports Hon. Robert Makhanu said the county government has moved with speed to preserve other cultural heritages in the county such as the Crying Stone of Ilesi, Nabongo Shrines of Matungu and the Misango Hills of Khwisero among others.