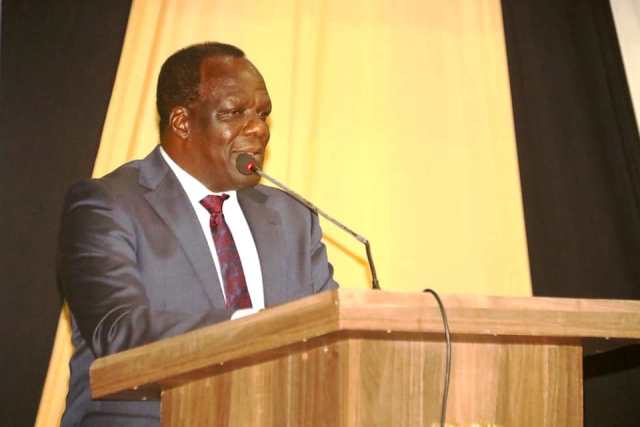 Members of Kakamega County Executive and Assembly have hailed their two day consultative meeting as a milestone that must be organized on regular basis.

The two arms of government said such meetings helped to identify conflict areas and provide opportunities for creation of problem solving mechanisms.

Addressing participants during the closing ceremony, H.E. Wycliffe Ambetsa Oparanya and Assembly Speaker, Hon. Morris Buluma emphasized the need for members to consult provisions of the Constitution and the County Government Act for clarity on the roles of the two arms of government so as to minimize conflicts.

Both leaders urged participants to consult and build a culture of teamwork to facilitate smooth legislative process and timely implementation of projects.

They also agreed that devolved units had the requisite capacity to play its oversight role, terming claims by the Senate to the contrary as self-serving.

Earlier on, participants were taken through scintillating presentations on protocol and ettiquette as well as the Constitution of Kenya by Mr. Simon Angote and Dr. Mutakha kangu respectively.

Meanwhile, the workshop learned that Kakamega County was a trail blazer in developing structures and policies for effective public participation as envisioned in the Constitution.