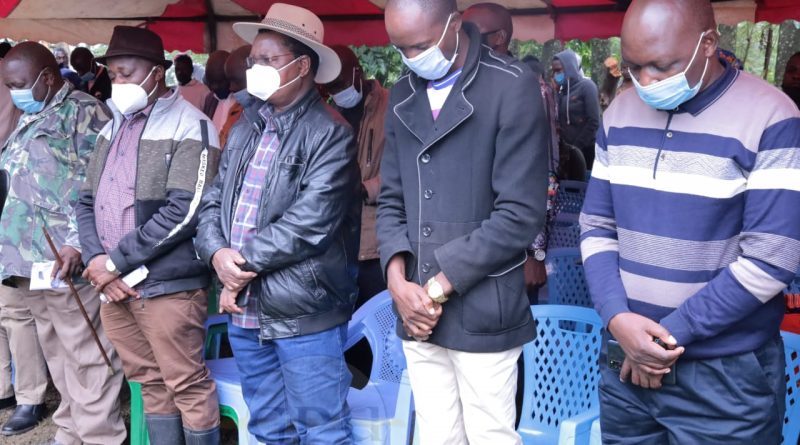 Deputy governor H.E Prof Philip Kutima says he targets to consolidate majority of votes from his Malava Sub County backyard to jump start his bid to capture the gubernatorial seat.

Prof Kutima said Malava had the largest number of registered voters and he intends to capitalise on the numerical strength to enhance his chances of succeeding H.E Dr FCPA Wycliffe Oparanya.

“Charity begins at home. If you rally behind me to the last man you will motivate other areas that i will be seeking votes from to back me,” said the DG.

He called upon leaders among them MCAs to help in mobolising support at the grassroot level for him adding that a win for him will be of great benefit for to the people.

The Deputy Governor reiterated that he was the most experienced candidate for the gubernatorial seat in the next General Elections having deputised one of the most successful governors for his entire two terms period.

“Among all the candidate eyeing the governor’s position i enjoy wealth of experience. I have worked well with Governor Oparanya and learn alot from him. Kakamega will be safe in my hands,” he added.

He noted that Kakamega has made positive strides and also been peaceful because of the cordial relationship between him and his boss.

Prof Kutima asked his critics to back him adding that there is alot they will gain if he wins power.

He said the county has renovated the Chekulo dispensary as part of measures being put in place to improve the status of the facility and ensure better services are offered to patients.

The DG explained that funds have been allocated in the budget for the construction of a polytechnics in the ward to benefit youth.

He reminded residents not to tire in observing Covid-19 containment measures put in place by the government to save lives.

Prof Kutima was speaking in Butali/Chekulo ward during the burial of Evelyn Ayuma.