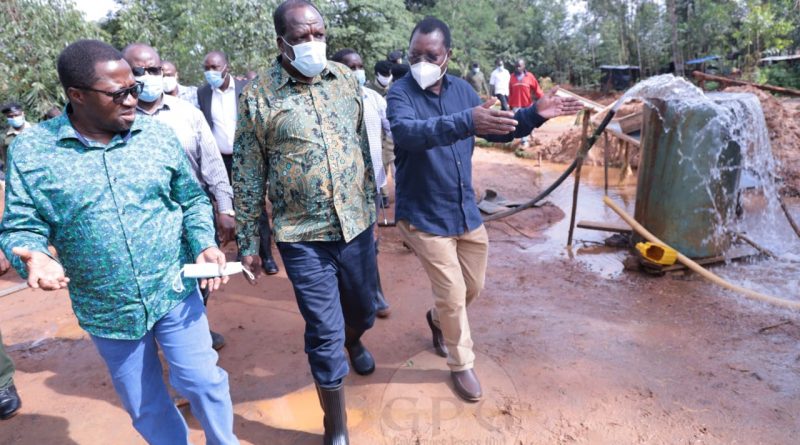 The Governor asked the miners to scale down their activities due to the heavy rainfall pounding the area.

“I condole with the families of those who died. I am informed that four of them were from Migori County and one from Kakamega,” said Governor Oparanya.

He said it is unfortunate the five died while on a mission to earn a living from the mines.

He asked Cabinet Secretary for Petroleum and Mining Hon John Munyes to facilitate the Mining Committee to meet and discuss how to streamline and regulate mining in the County.

“Since the committee was formed three years ago, nothing has happened and I urge the CS to move with speed to ensure the Committee serves its purpose,” he said.

Deputy Governor H.E Prof Philip Kutima said there is need to regulate mining in the County to ensure the mines are safe for miners.

Ikolomani MP Hon Benard Shinali regretted the incident saying banning mining in the County will adversely affect people who depend on it for a living.

Jacob Mutua, inspector of mines confirmed that 16 people were in the mines when the accident happened at 4pm.