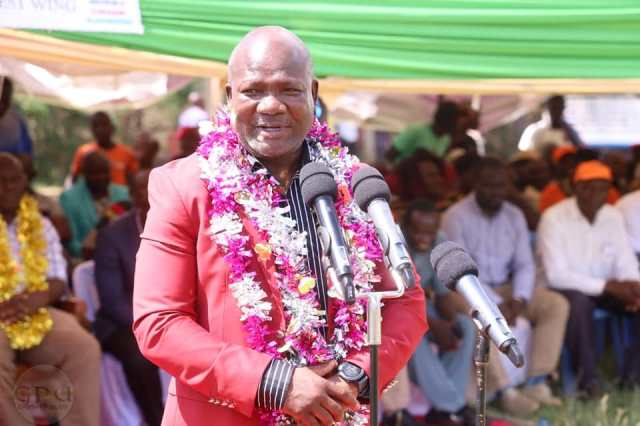 Kakamega Governor H.E FCPA Fernandes Barasa has implored politicians not to politicise the revival of Mumias Sugar factory. He was speaking at Eshitswitswi, Marama Central Ward, Butere Sub-County during the homecoming ceremony of area MCA Hon. Philip Maina on Saturday where he supported ongoing efforts by East and Southern Africa conglomerate Sarrai Group aimed at resuscitating the giant sugar miller.

He called on farmers to replant cane as a measure of growing the economy of Kakamega and reiterated that his administration will support the Ward Development Fund initiative at a tune of Ksh 20 Million per ward to stimulate development across the County. Further, the Governor pledged to fund small business enterprises as a measure of empowering women and the youth.

The County CEO used the opportunity to direct the CECM for Health Services to ensure the correct measures are put in place to contain the spread of Ebola disease from the neighbouring Uganda.

Hon. Maina on his part thanked the electorate for entrusting him with the mandate to serve them for another term pledging to work tirelessly to deliver on his promises.