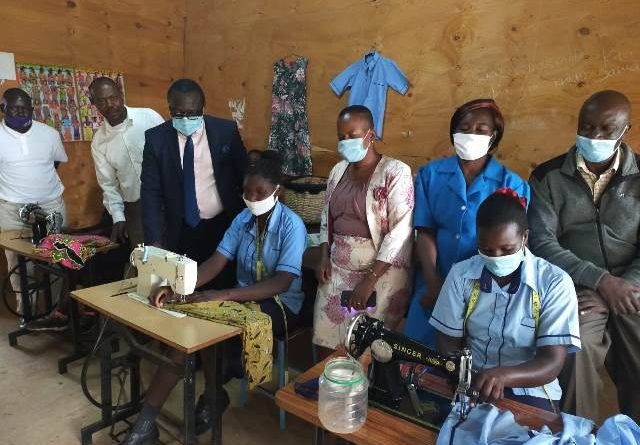 Dr. Lutomia revealed that following the recent directive by the Governor H.E Dr FCPA Wycliffe Ambetsa Oparanya to ensure all polytechnics are empowered by the County Government, the Ministry plans to set up mega workshops in selected institutions covering the three regions of South, Central and North for local production of ECDE furniture. He added that the County shall set up a textile industry in one of the polytechnics for production of school uniforms as well as county attire.

“I am impressed by the current status of the Polytechnic as it has increased and improved on the technical courses being offered to our students; H.E the Governor is enthusiastic about making Kakamega an industrialized County and that can only happen if we improve the quality of our courses and the capacity of the polytechnics,” he affirmed.

Later on, the CECM visited Kongoni ECDE to inspect the on-going construction of the ECDE centre.

He was accompanied by his Chief Officer Dr. Irene Ashioya and the Polytechnics Director Mr. Geoffrey Muluhya.