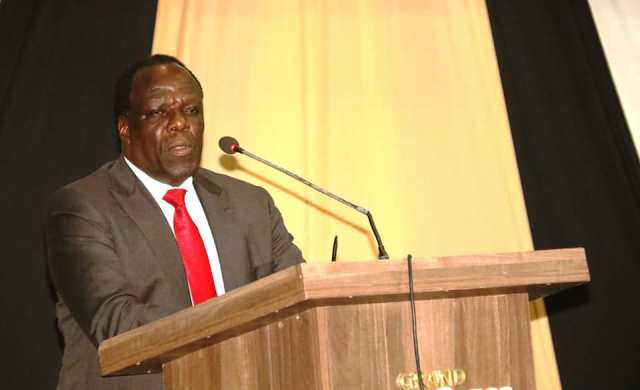 Kakamega governor, H.E. Wycliffe Ambetsa Oparanya has called on the Executive and Legislative arms of the County government to effectively play their respective constitutional roles in furtherance of the devolution agenda.

By extension, the governor said, devolved units should work closely with the National Government within the checks and balances framework to meet the expectations of Kenyans who embraced a devolved system of governance as opposed to a decentralized or federal system of government.

H.E. Oparanya made the remarks during a two-day AHADI sponsored capacity building workshop for members of the County Executive and the County Assembly.

“The demarcation of roles is between implementation and oversight is very clear. However, the roles are complementary not in competition and not confrontational,” he said.

On oversight, the governor said “it should be done in a systematic and structured manner. Oversight does not mean policing the Executive, nor does it mean either arm of government taking a confrontational or defensive position.”

Given the immense value of such consultations in deepening democracy and good governance, the governor directed that such meetings should be held bi-annually.