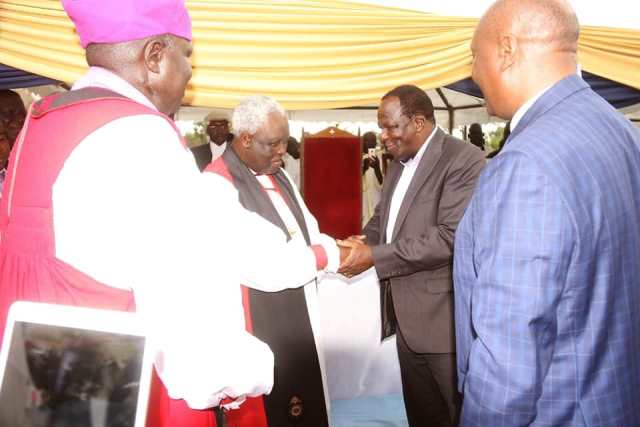 H.E. governor Wycliffe Ambetsa Oparanya, who is also the CoG chairman, today helped ACK Katakwa Diocese of Busia raise over Shs 2.4 million towards church projects in the area. The church is celebrating the 28th anniversary of the diocese.

In his address, governor Oparanya urged his Busia counterpart to work closely with Kakamega County Government and security agencies to root out criminal elements in Matungu Sub County. He said most of the recent killings in Kakamega County were linked to consumption of illicit alcohol from the neighbouring country.

He commended Busia County Assembly for passing the Lake Region Economic Bloc bill that paves way to establishment of the bloc as a legal entity, adding that the 14 member outfit will fast track the region’s integration and economic growth.

Political leaders hailed H.E. Oparanya as a steadfast defender of devolution and assured him of support for his leadership at the Council of Governors.