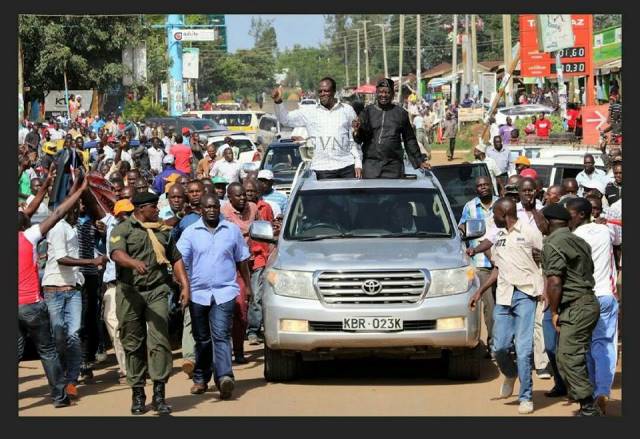 Hon. Raila Odinga eulogised the late as a self less leader who fought for multi partysm in the nation during the dark days of one party state. Amani National Congress Leader Hon. Musalia Mudavadi paid tribute to the late recalling how he fostered unity by working closely with other leaders in the region. Kakamega County Governor H.E Wycliffe Ambetsa Oparanya fondly remembered how the late Hon. Obongita played a major role in his political career since he was a Member of Parliament for Butere constituency until his death.

Senators, Members of Parliament, MCAs’, and political aspirants were in attendance as well.

Later on Rt. Hon Raila Odinga accompanied by Kakamega Governor Wycliffe Ambetsa Oparanya addressed residents of Mumias at Bomani grounds. Governor Oparanya called on the ODM leader and NASA Presidential Candidate to champion for more funds to the grass roots to spur faster growth in the counties once elected. He gave an example of Mumias Level lV Hospital that is under construction by the County Government of Kakamega at the Bomani grounds as some of the milestones being realized by counties since inception of devolution.