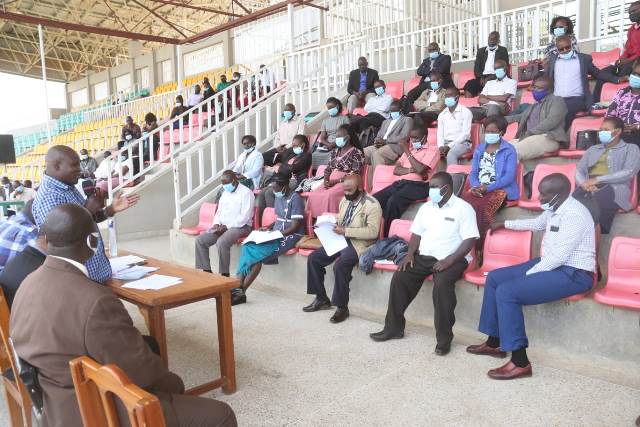 The Ministry has contracted County Polytechnics to construct the 360 economical houses this Financial Year.

Speaking during the meeting, Social Services CECM Mr. Kassim Were said inconsistencies in cash flow from the exchequer and the Covid-19 pandemic led to delays in the launch of the program this Financial Year and called on the Heads of the institutions to oversee thorough implementation of the initiative. Mr. Were observed that being a rural County, Kakamega has high poverty levels a reason that necessitated the take off of the program.

“We settled on the Polytechnics for sustainability, to build their capacity and to empower our people; in return, the institutions have to ensure that the structures are well constructed as per the existing Bill of Quantities,” he said and directed County Works officers who were in attendance to make sure the project conforms to the required standards.

Mr. Were instructed the Principals to work closely with all stakeholders in the line Ministry, Engineers and County Administrators among others.

County Assembly Labour Committee Chairperson Hon. Jason Lutomia challenged the Principals to supervise execution of the works to the end and reiterated Mr. Were’s sentiments on uniformity of the structures across the County.