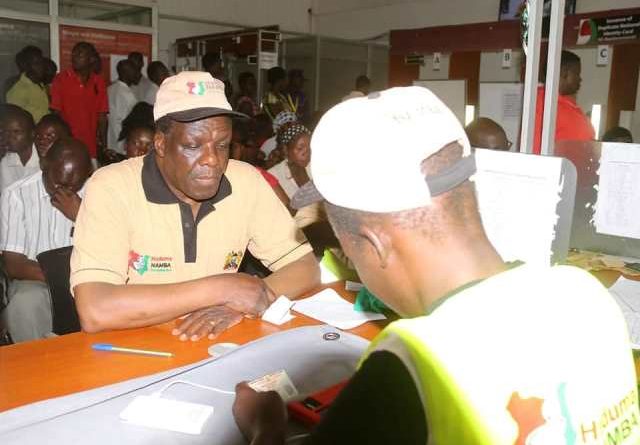 The governor H.E. Wycliffe Ambetsa Oparanya accompanied by the County Commissioner Mr. Abdulrazak Jaldessa and the deputy governor H.E. Hon. Philip Kutima today morning officially registered for the Huduma Namba at Kakamega Huduma Centre. The governor who launched the exercise one month ago at Kambi Ya Mwanza market Malava Sub County but due to busy schedule could not complete the whole exercise, took the opportunity to urge all residents of kakamega to turn up in big numbers and register noting that there were only 12 days to the end of the exercise.

He said huduma namba data will help his government to have accurate information on the population numbers for planning purposes.

“So far only one million sixty thousand people have registered against a target of at least 2 million,” he said.