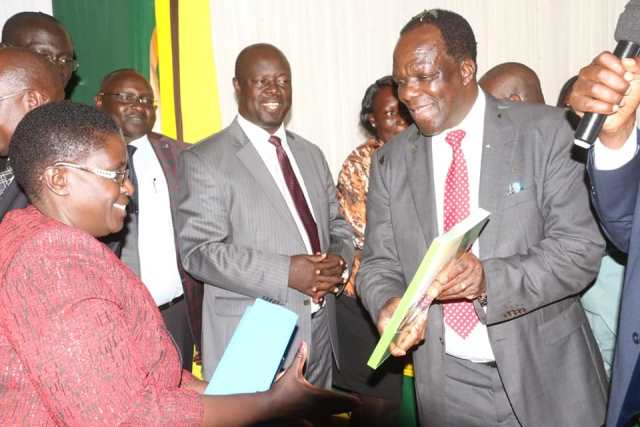 Attempts to reduce shareable revenue for counties, the perennially dysfunctional IFMIS, an imperial National Treasury and corruption are some of the key threats to devolution.

The solution to this, he said, was encouraging locals to start investing in their own counties to create employment and expand the market for local produce and products.

Governor Oparanya said the establishment of the Lake Region Economic Bloc was yet another key opportunity for rapid development of counties through the support of a regional bank and a flexible tax regime that can lift the burden of double taxation on small scale traders and transporters.

In his address, governor Khaemba said county governments were over-burdened by dubious bills on medical equipment allegedly supplied by the national government to county hospitals.

“Each county is being deducted Shs 200 million at source annually we don’t know for how long,” he said.

He said counties that were marginalized over a long period after independence must be supported fully by funds from the national Equalization Fund.

He also urged the national government not to abandon county road projects that have been taken over by the Kenya Highways Authority.

Others were the Chief of Staff, Mr. Robert Sumbi, the Chief Officer Economic Planning and Investments, Mr. Lawrence Omuhaka and Head of Planning, Mr. Jacob Mumia.