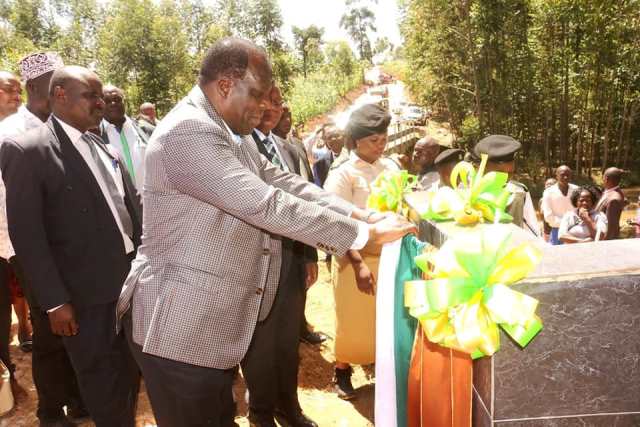 During his address to members of the public, Board of Management members, parents, teachers and students, H.E. the governor said the County government of Kakamega had initiated many more projects in the area including a *Shs 15 million* water project in Makhokho, a *Shs 19 million* Sub County Administration office at Malinya, a *Shs 37 million* Malinya market, three ECDE centres at Shikhokho, Malinya and Matundu to the tune of *Shs 10 million.*

Furthermore, three ECDE centres have been built and teachers have been hired for the schools (2 per school). A total of 201 centres are operational at a cost of *Shs 315 million.*
County government support for 27 primary schools stands at *Shs 118 million*
Twenty seven Secondary schools in the county have received County government support to the tune of Shs 228 million.
Twelve scholarships are also available to the brightest students in the county – one per sub county.

During a fundraiser at the school, H.E. the governor gave a personal donation of Shs 500 000. The deputy governor, an alumni of Musingu gave Shs 40,000.