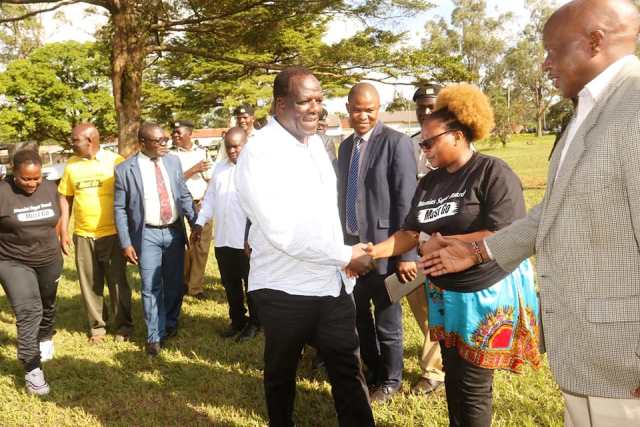 The County government of Kakamega today announced takeover of Mumias Sugar factory in order to forestall stripping of its assets by the board of directors.

“We won’t allow the directors to dispose of any property including land and we are ready to go to court if need be,” governor Oparanya told the cheering crowd. He urged politicians to keep politics out of the company’s affairs saying he wished to seriously address the factory’s weighty economic issues and their impact on the community.

The County enforcement together with police officers will secure the premises to ensure that the factory machinery is not carted away at night, he said.

H.E. Oparanya who is also the co-chair of the national sugar taskforce questioned the intentions of the directors who recently decided to advertise for bids on lease of the company’s non-core assets even before the taskforce report was released.

“No investor will be interested in buying a shell of a factory and if they do, they will pay peanuts for it, which seriously undermines the interests of farmers whose forefathers donated land strictly for sugarcane growing,” he said.

The governor’s remarks were endorsed by the farmers through a four-point resolution in which they passed a vote of no-confidence in the company’s board and called for the County government’s takeover of the factory’s management.