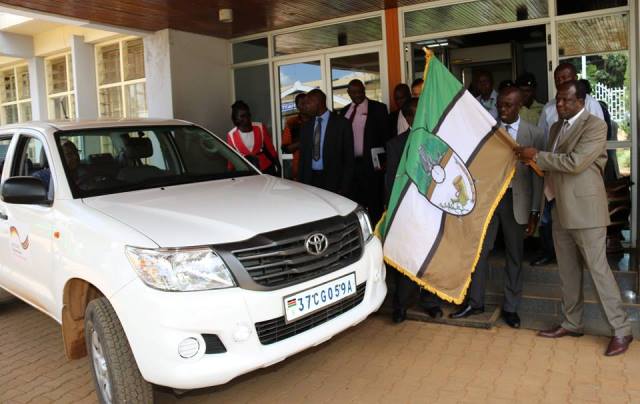 Speaking at the County Headquarter, Governor Oparanya Said the vehicles have come at the time when the government’s recently commissioned one-Cow Initiative Program is at its peak with at least 70 cows out of the 600 heifers distributed in all the 60 wards having calved.

Governor Oparanya added that the government expects 300 more pure breed incalved heifers from Agricultural Development Corporation or qualified animal breeders to be distributed among 12 polytechnics in the county in the next financial year. The Governor announced that the government also expects 100 incalved heifers next month to be distributed equally in polytechnics in Matungu, Malava, Lugari and Lurambi Sub-Counties. Governor Oparanya thanked the GIZ group for their continued support to Kenya in other areas like capacity development, war against HIV/AIDS, water and health infrastructures.

GIZ County Programmes Advisor Ruth Niedermueller appreciated the county’s initiative and commitment in prioritizing Health and Agricultural sectors every financial year, something she noted will map Kakamega county among the most developed counties in Kenya and East Africa in the next ten years. Niedermueller promised of her organization’s support to Kakamega County for a sustainable society.