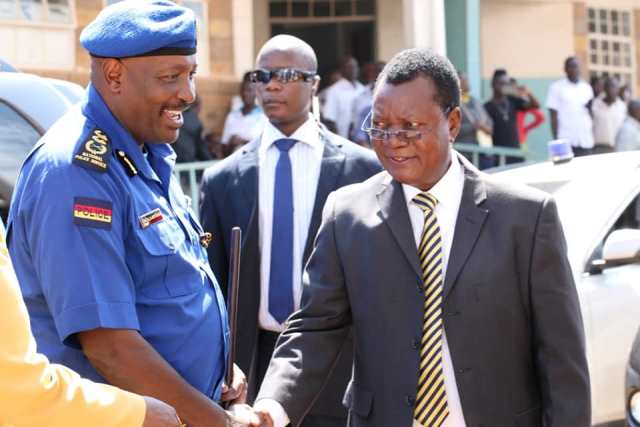 Kakamega Police Sacco is the newest kid on the block in the cooperative movement world in Kakamega County after its official launch today officiated by H.E. Prof. Philip Museve Kutima on behalf of county governor H.E. Wycliffe Ambetsa Oparanya who is away on official duty. This brings to 8 the total number of Kenya Police sacco branches in the country with a membership of 63,000 people.

In the governor’s speech read by his deputy Prof. Philip Kutima, Governor Oparanya thanked the Kenya Police Sacco for choosing Kakamega as the host county to their newest branch. “This sacco presents Kakamega residents with socio-economic opportunities and has come at an opportune time when we are trying to create an enabling environment for businesses in the county through infrastructural upgrade,” he said. The governor added that his administration will join hands with partners such as Kenya Police Sacco and others to realize the Kakamega County’s Annual Development Plan.

On his part, deputy governor H.E. Prof. Philip Museve Kutima commended the national police service for restoring order in Matungu sub county after months of lawlessness. Prof. Kutima said construction of police housing units at Matunda, Butere and Navakholo by the county government of Kakamega and provision of police vehicles in various sub counties to enhance security was a clear indication that the government he serves takes the plight of policemen and women seriously.

Inspector General of Police Hillary Mutyambai urged the Sacco to invest in a strong cyber security system to guard its finances against cyber theft.