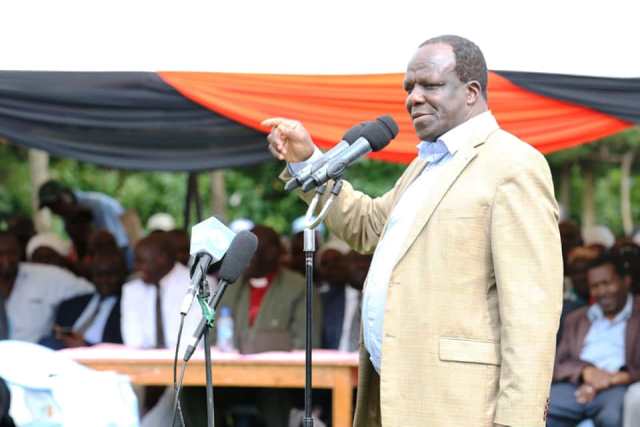 Political leaders from the western region have urged colleagues to mobilize and promote unity under the leadership of Kakamega governor and CoG chair H.E. Hon. FCPA Wycliffe Ambetsa Oparanya.

ODM and ANC leaders from Kakamega and Vihiga Counties argued that the Luhya community should leverage on their unity to secure the region’s stake in new national leadership formations in line with the spirit of BBI.

Mama Rose Angina Koli was eulogized as a home maker and a professional teacher.

The leaders pledged to support the BBI report saying those who were saying they will only support it after reading it were disingenuous.

“We gave our views to the commissioners and we are familiar with their Terms of Reference; what else do we expect from the outcomes except peace, inclusivity and diversity in our politics,” said Governor Oparanya, adding his voice to the position taken by other leaders.

Governor Oparanya said he was ready to lead the Luhya community into the anticipated new leadership formations as may be decided after the referendum.

MEANWHILE, Kakamega Governor and chair Council of Governors’ (CoG) H.E. FCPA Wycliffe Ambetsa Oparanya has sent his condolences to H.E. Governor John Lonyangapuo, residents of West Pokot county as well as the families, relatives and friends of the victims who were buried alive in landslides today. He called for calm and prayers for their families and the people of West Pokot county as they mourn the departed souls.