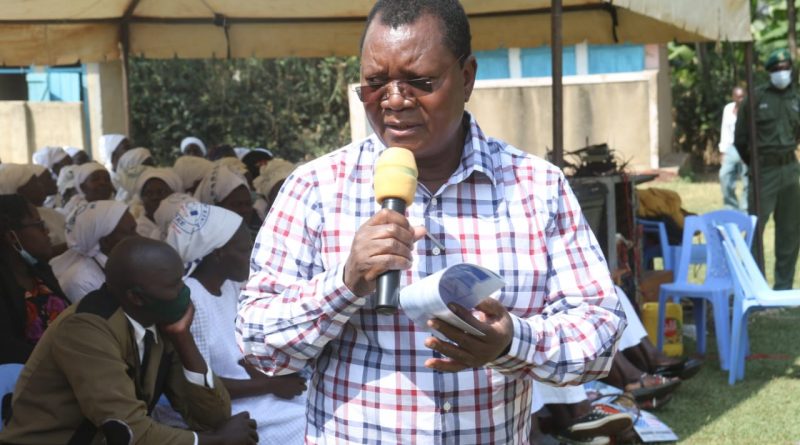 Kakamega County Deputy Governor Prof. Philip Museve Kutima has implored on residents to register in numbers for the available County subsidized seeds and fertilizer in preparation for the upcoming planting season.

Prof. Kutima was speaking Saturday morning at Lukala village, Shirugu-Mugai ward Malava Sub-County during a funeral ceremony of the late Stephen Wasimbi Muchanja a University of Nairobi Actuarial Science and Mathematics student who met his untimely death on 5th February, 2021 in Nairobi.

“Kakamega County Government has purchased 100,000 bags of seeds and fertilizer respectively for Kakamega farmers at a subsidized cost with the aim of improving food production in the County,” Prof. Kutima said.

The DG revealed that the Government will also provide farm inputs (seeds and fertilizer) to 400,000 needy farmers across the County at no cost.

The Deputy Governor added that the construction of Malava Dairy plant is on course with its completion expected in March 2021. Once operational, he noted, the factory will provide a ready market for dairy products in the county and the region as a whole.

He called on the residents to support his 2022 Gubernatorial bid saying his administration will continue with implementation of Governor Oparanya’s development agenda for the County.