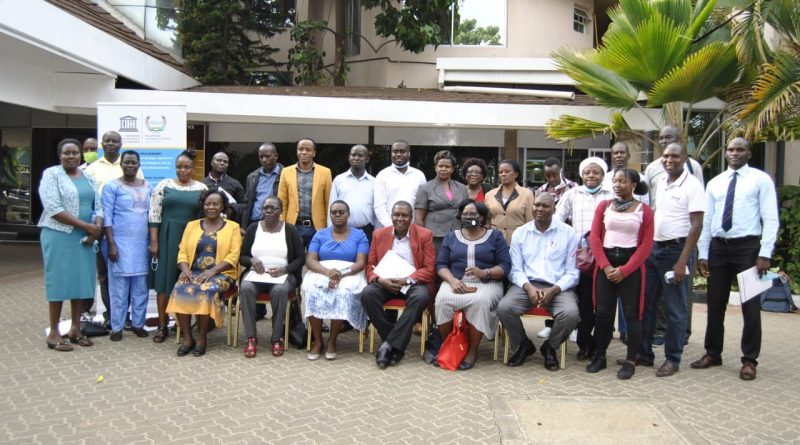 A workshop for County Government officers responsible for culture began Monday morning to sensitize the officers on implementation of the 1972 and 2003 World conventions that have been ratified by Kenya.

According to Kakamega County Director for Culture Madam Gaudencia Otipa, who is attending the workshop, the convention is key in safeguarding intangible cultural heritage of humanity and the importance of maximizing on the available communication expertise and channels in raising awareness of cultural practices amongst various communities in the County.

Madam Gaudencia said apart from the social aspect, culture is also a huge contributor to the Gross Domestic Product (GDP) of a county as well as the Nation through cultural tourism, trade and production value chain additions among others.

Mr. Julius Mwahunga, Kenya’s Director for Culture – UNESCO in his opening remarks said the County teams will come up with yearly workplans on how they can implement the conventions.

Former MP for Shinyalu Hon. Anami Lisamula, who was also present in his capacity as an expert facilitator and an implementor of the 2003 convention said culture plays a crucial role in fostering peace in the community in addition to promoting and protecting diversity.

Also in attendance are Mr. Hosea Wanderi an expert in implementation of the 1972 convention as well other County Executives from Busia, Bungoma, Kakamega, Trans Nzoia, Nairobi City and Vihiga counties.