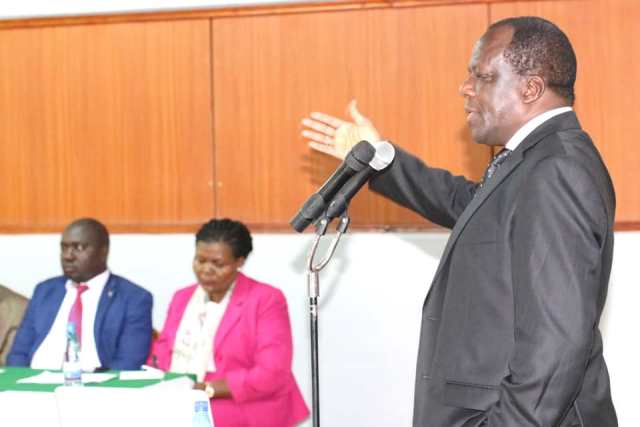 The newly appointed Kenyan ambassadors to various foreign postings were today taken through Kakamega County’s major development engagements both within the county and the Lake Region Economic Bloc.

Addressing the envoys at Kakamega Golf Hotel, Kakamega Governor H.E. Wycliffe Ambetsa Oparanya said devolution was on course despite a few initial set backs occasioned by mistrust between senators and governors. He also said some top civil servants in the national government were frustrating devolution.

Turning to regional projects envisaged by the Lake Region Economic Bloc, the governor said establishment of a regional bank and revival of the sugar industry will make positive contribution to the livelihood of wananchi in the 14 member county regional bloc.

“Mama mboga would access cheap credit on favourable terms and sugarcane farmers will cash in on a well managed industry,” he said.

Governor Oparanya said the County will establish a tea factory to beef up the efforts of other LREB member counties that are major producers of the crop such as Kericho, Bomet and Nandi.

Other major projects highlighted were in the health sector, trade and industry, housing and urban development, diversification of agricultural production, improvement of education infrastructure and the road network.