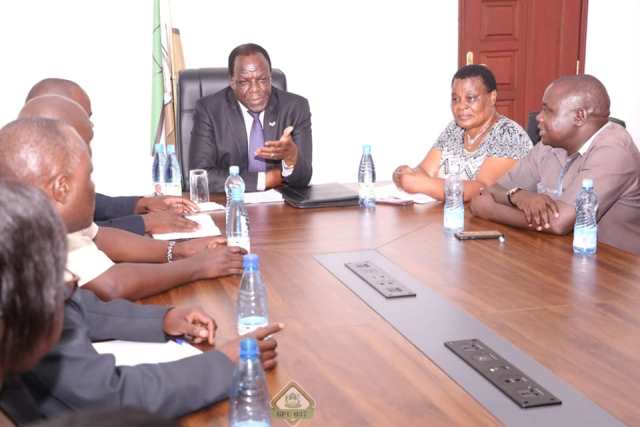 The 29,000 members strong Kenya National Union of Nurses is planning to hold their second East Africa Labour and Healthcare Workforce Scientific Conference in Kakamega in September this year, and the County Government has warmly welcomed the decision.

Speaking in his office during a courtesy call on him by the union officials led by chairman, Mr. Joseph Ngwasi, His Excellency governor Wycliffe Oparanya said Kakamega would go out of its way to accord the delegates a memorable stay and urged organizers to work closely with County and National Government officials to make the event a success.

The union officials who were accompanied by the CECM for Health, madam Rachel Okumu told the governor that the conference will be attended by delegates from Eastern and Southern Africa and part of their agenda will seek to explore alternative dispute resolution mechanisms for members to avoid the now frequent debilitating industrial actions in the sector. Another key agenda item would be strengthening of professional ethics among members.

Some of the key sectors to benefit greatly from the event include the hospitality industry and the transport sector.

The governor accepted their request to grace the opening and closing ceremonies.